Big Tech is Big Brother: watching us. Programming us. 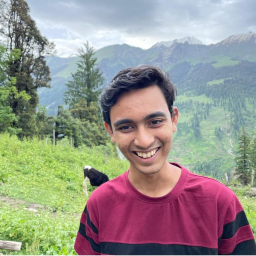 In 1949, a man in his forties created a monster. He named this monster “Big Brother”. Men and women of his time called that man  cynical and delusional. But today he is called a visionary because the monster  he had imprisoned in a work of fiction has escaped.

The Big Brother that George Orwell created spied on people through mass surveillance and asserted his authority on his ‘subjects’. He regulated the beliefs and imaginations of people. He was a totalitarian overlord. Today, the situation is disturbingly similar. In the twenty-first century, instead of having a single Big Brother watching us, we have several Small Brothers- His underlings if you may- that culminate to form Him. This new Big Brother is watching - and he is built into the digital and technological tools we are so fond of. His underlings are the tech companies that we adore. Led by the “Big Tech” companies: Amazon, Apple, Facebook, Google, and Microsoft

As Julian Assange, the founder of Wikileaks, pointed out in his book Cypherpunks, the Internet is “our greatest tool of emancipation”, and in recent years it “has been transformed into the most dangerous facilitator of totalitarianism we have ever seen”. The collective Big Brother that these tech companies make up  is an almighty being that surpasses international borders. Through surveillance, these companies  keep tabs on the vast majority of humanity.  Most of the countries in the world might boast of having a democracy today, but the voters are puppets controlled by the strings of technology. The technology around us is so overwhelming that oftentimes we get lost in it. We think that we are in control of what is happening in the world. But we have created something that gives us the illusion that we are in control. This is the ‘Big Brother effect’, the inception of what George Orwell called ‘Thought Police’.

Take, for instance, politics. During the US presidential elections in 2016, every voter in the country thought that they were voting for the candidate that they preferred. But that was  a sham for at least a few people.

Cambridge Analytica, a data company, got its hands on  the data of millions of internet users through Facebook. It evaluated users and created an OCEAN (Openness, Conscientiousness, Extroversion, Agreeableness and Neuroticism) profile that mapped their psychological behaviour. Out of the countless users that it had surveilled, it picked 200,000 guinea pigs that it could influence. Using these users, it could swing the election as it desired. Cambridge Analytica called these users persuadables- the ones that it could persuade. As claimed in the Netflix documentary The Great Hack and former business development director for Cambridge Analytica, Britanny Kaiser’s book Targeted, Donald Trump had sought the help of the Big Brother. He succeeded and became the leader of the most powerful country on Earth.

As of 2020, there were over 2.7 billion users on Facebook. That means Facebook could be building OCEAN profiles of over 35% of the world population. In the same way, even if some people are not on Facebook, they are linked to the Big Brother via other companies like Google, Microsoft, Twitter, etc. Roughly more than 40% of the world population is a victim of  big data mining, mostly at the hands of big tech, and its many underlings. Yet, to a certain extent, calling ourselves the ‘victims’ can be short-sighted. With the pace at which we are living our lives and gathering information, we have become excessively dependent on the Big Brother. In many ways, it helps us. For example, when we want to go eat out, Big Tech’s Google enables us to search for restaurants nearest to our location. Big data helps us find people who think alike and enables us to get in touch with them. Big data helps us to easily find  the TV shows we may like on Netflix. As easily as these multinational corporations can give us these perks, they can snatch them away . But why is Big Tech – and tech companies in general - interested in our data? One word: profit.

So how do companies profit from data?  In 2017, data surpassed oil as the most valuable asset in the world. As  always, the big players in the industry ran after it. In July 2020, Apple’s value exceeded  2 trillion dollars. It became the most valuable company in the world, overtaking Aramco, the oil giant of Saudi Arabia. In 2016, Microsoft bought LinkedIn for 26.2 billion dollars. Why pay so much to buy a company that doesn’t even charge its users for its services? One reason is data. The LinkedIn user data is worth  billions of dollars, and Microsoft wants that. In fact, the company’s value is close to nothing if not for the mass of data it holds. So, it doesn’t matter if an app you download is free. The tech companies are still making billions off you, and the sacrificial lamb is not only your privacy but your choices as well. After the Facebook fiasco in 2016 came to light, a simple saying broke the Internet: If something is free, you are the product.

The claim that we are the ‘product’ is not far-fetched. The data that the tech companies collect on us is either sold to huge political lobbies or is used for the tech company’s personal endeavours. For example, let us say a company makes Vegan Lipstick, and so it advocates for animal rights and stands against the use of animals products of any sort. This company will pay a data and tech company to mine its users’ information and sell it to them. This transaction is often done in large volumes and funds. If you are a person who sits on the fence in the case of animal rights, big tech is going to micro-target you because you are a potential “persuadable” for them. They are going to show you advertisements that support animal rights and the company that the tech company is working for. And while this is a cause we can probably agree with, the same would be true for climate change deniers and even holocaust deniers. Any cause is on the table, as long as there is some money supporting it.

Being exposed to such messaging, the probability of you investing in the animal rights advocacy company is higher. In 2018, Facebook and Google boasted 55 billion dollars and 116 billion dollars respectively in advertising revenue. This means that companies such as this hypothetical animal rights company paid them 7 billion dollars for every person that they microtargeted and showed advertisements to. If we know all this, then why do we continue to use social media? Why do we continue giving data to such companies? Why are we complying?

Let us take Facebook as an example. Why do we continue using Facebook even after the huge Cambridge Analytica scandal? Why do we share our relationship status, birthday, location, phone numbers with a company that has a history of trading personal data? It is simple. Facebook uses social situations as leverage to strengthen the Big Brother. It gives you, as Jacob Applebaum says in Cypherpunks, “social credits” in exchange of your data. Have you ever felt the joy of someone liking your post on Facebook? Have you felt the joy of someone commenting with a happy emoticon on your post? That is a way for you to continue using Facebook and continue providing personal data. You might as well consider the ‘like’ a reward for giving up your personal data. However, what happens when other users stop giving you those desired “social credits”?

Jonathan Haidt, an eminent social psychologist from New York University Stern School of Business studied  the relationship between depression in teens and the use of social media. During his research, he found that the suicide rates and self-harm rates for teen and pre-teen girls had shot up from 2009 onwards. This was the first time when social media was made available. The reason for this hike is that when we are not given social credits on Facebook or any other social media site, anxiety increases. We want to be noticed. The wise decision would be to stop using Facebook and feeding the Big Brother, but human nature doesn’t allow us to do that. Big brother is watching us. He creates addictive tech for us, and we encourage and enrich him with our behaviour. It's  a closed loop - a trap. And it takes a very conscious, determined effort to break the addiction Big tech has set up for us. Vaishali Gauba has successfully cut her Social media usage by 70%, and she believes the trick is not to leave Social Media altogether, but to limit it. She shares the story of her Social Media Detox here.

Haidt found that the Generation Z girls were  affected the most by social media. This was because they had to manage the pressure of high school along with the incessant need for the social credits. It didn’t matter if you were giving away data. The non-fatal self-harm rates in the US didn’t rise at all for teen boys from 2009 onwards. However, in that same time period, the self-harm rates for teen girls rose by 62% (15-19 age group) and 118% (10-14 age group). You can read the detailed article here. The reason for this is because girls are undergoing many more personal changes in their lives at that time, and social media acts as a steady support during the turbulent time of middle school. The graph below shows the increasing self-harm rates in boys and girls in the US:

A. Self-harm rates for boys in the US.

B. Self-harm rates for girls in the US.

Of course, the support that we feel we get with social media is very short-lived and it has a great cost as seen above. The volume of data that the social networks collect is growing. In George Orwell’s 1984, the Big Brother is primitive in its tools for surveillance and “thought-policing”. This time, it is using the advanced science of social psychology and mental health as its tool. Do you think the Big Brother really cares how you feel? Or is it only interested in using you and your data for its own benefit?

The democratic process of elections, the rising suicide rates, behaviour profiling, etc. is all connected. Big brother is watching us. And only we can enable the Big Brother to grow because the data that it needs can only go through us. So now it is up to us if we want to be the product or the one in charge.

Anurag Inamdar is an eleventh grader living in Mumbai. He is an alumnus of Rishi Valley School. At first, he might seem like only a shy introvert politely laughing at everyone’s jokes, but once you get to know him, it’s a whole different world. He has a personal blog where he publishes articles on politics, current affairs and absolutely anything that might interest him. He likes everything that might keep his mind busy.