Eight effective ways to prevent Nomophobia or treat it 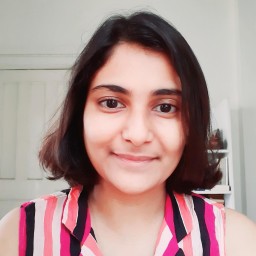 Before we try to prevent Nomophobia, let's understand it. The term NoMophobia was coined in 2008, in the wake of a study commissioned to research the link between mobile phone usage and anxiety disorders. The word, a portmanteau of No-Mobile- phobia, has in its name an element of the absurd. Surely, an inanimate object hasn’t come to control our mental health and emotions? Studies say, it has. And much more than we realize.

The average Indian spent close to 8 hours a day with their mobile gadgets during the lockdown, according to the Sustainability journal. This was an increase of 2 hours compared to our pre covid lives. Psychology Today pegged the number of Americans suffering from at least some degree of it at a staggering 66 percent! The problem was so dire that in 2014 the National Institute of health, USA, proposed Nomophobia’s separate inclusion in the Diagnostic and Statistical Manual of Mental Disorders (DSM 5). And while that is yet to happen, the magnitude of the problem cannot be stressed upon enough.

At this time there is little evidence to differentiate the term Nomophobia from mobile phone addiction, and we shall use the term interchangeably. Before we begin to dive into methods to cope with it, its imperative that we look into the psychology of it.

The psychology of Addiction

The American Society of Addiction Medicine defines addiction as ‘a treatable, chronic medical disease involving complex interactions among brain circuits, genetics, the environment, and an individual’s life experiences. People with addiction use substances or engage in behaviors that become compulsive and often continue despite harmful consequences.’ Often, the addictive behaviour is steeped in some emotional stress. As addressing that trigger can be daunting, the person seeks solace in some form of excess. That could be alcohol, gambling or numbing the mind with endless hours of scrolling. Addiction, then, is simply an unhealthy coping mechanism for the stressed mind.

A question you might ask is, how do you know if you are indeed afflicted by it? Some general symptoms of one suffering are panic, sweating, increased heart rate, rapid breathing, nervousness and agitation at the prospect of being separated from one’s mobile phone. Is your work schedule getting adversely impacted, are you unable to sleep on time and your sleep fitful? Do you dread missing even one notification on your phone? If yes, trouble might be brewing.

In 2015, in view of rising mobile phone usage, Yildrim and Correia developed a 20 item questionnaire designed to diagnose the condition, popularly known as the Nomophobia questionnaire (NMP-Q). Use it to find out if you may be at increased risk.

Here’s a lowdown on how to cope with the condition. Ensure that this is in addition to what your therapist has prescribed, not instead of it.

Charles Duhigg,  in his seminal work ‘The Power of Habit’ introduces the concept of ‘Keystone habits’. Exercising, getting up early being some of them. US Navy Seal Admiral, William McRaven in his popular video spoke about the importance of making one’s bed each morning. The task, small as it is, gives one a sense of accomplishment. When consistently practised, the self control and discipline involved in these activities spill over into other areas of life. How it happens isn’t exactly clear, except that it does.

2. Use tech to beat tech

Use an app that keeps tab on how much time you spend on your phone. Many softwares will close an application once the desired quota of time spent on it is met. Similarly, apps are available that can block your phone/browser when needed. During the most productive part of your day lock away your phone. In a few weeks you’ll find that your craving for the device would have pared down.

Duhigg, with the publication of his book revolutionized the field of habits as we understood them. According to it, about 40 percent of what we do everyday is not due to our will power, but a result of habit alone! And so our habits must be carefully, consciously molded. The first place to begin is to view the changes you seek as a project . As you detach from your bad habits, you are less likely to beat yourself down. Also, focus on one habit at a time, as trying to change too many areas of life can feel overwhelming.

Researchers at MIT introduced the design of the habit loop. Every habit, they said, can be broken down into three basic bits: The cue, the routine and the reward. Let’s take an example. You have an exam coming up, but mid way through your study schedule, you spend three hours scrolling through your mobile device. The routine here is scrolling and the reward is taking your mind off studies. Once we’ve figured out the loop, we can work our way up to rewire it.

Identify the reward your mind is craving

Our brains are addicted to rewards as they feed our cravings. To find out which craving is fueling you, experiment with rewards. As soon as you feel the urge to pick the phone, spend an hour doing anything else that you enjoy - gardening for example. The aim is to identify the craving that is driving your habit. Every time you try out a new activity other than scrolling, 15 minutes later ask yourself - ‘do I still feel the urge to scroll ’? This is a great way to find what kills your stress, and each time you find your hands reaching for the phone, steer yourself consciously to these activities.

Cal Newport in his book, digital minimalism, introduces us to the concept. The idea is to use technology in conscious, thoughtful ways. There are three parts to a digital declutter:

As you set forth on this journey, know that you cannot always make away with all tech. Define rules on what is and what isn’t allowed. Stick to them.

In this period, as you refrain from most tech in your life, use the downtime to engage in meaningful activities and hobbies. This would ideally be something that you immensely value.

After the thirty day period, as you reintroduce tech in your life, be mindful of what you permit. The key is to make sure that whatever you allow is closely aligned with your values and helps you grow as a person. An excellent example is twitter and linkedin, two great platforms to network with fellow professionals.

Phillippa Lally, a researcher at University College London, published an important paper in 2009. Their team found that it took roughly 66 days to establish a habit. Once you decide to let go of your dependence on mobile phones, do not be discouraged by a couple of bad days. You are only human, you’ll falter and fall. Keep marching, keeping your goal in sight.

In his book ‘The Happiness Advantage’, Shawn Achor documents an interesting experiment. He wanted to spend less time watching TV, so he removed the batteries and hid them in a room 20 seconds away. Every day as he would try to flick on the tele, the remote wouldn’t work. The effort  required to get back to the batteries, the chore that it seemed, were enough to keep him from retrieving the batteries. The idea here is to increase the activation energy needed to perform a negative action, to put an impediment between this moment of weakness and your reflex detrimental actions. Use longer passwords, hide all apps in a secret folder on your phone, log out out of applications or better still delete the apps after you have used them. As you will need to download them the next time, you are likely to put off the activity entirely.

The National Institute on Drug Abuse (NIDA), in a study found that survivors of the 9/11 attacks were more likely to become addicted to drugs. Higher levels of stress disorders were also found in this population, confirming a positive correlation between stress and addiction. Seek out ways to allay stress - Yoga, meditation, music, reading being some of them. If you are still having difficulty managing stress, seek out a therapist/psychiatrist. The latter can prescribe antidepressant/anxiolytic medications as they deem fit. Cognitive Behavioral Therapy(CBT) has also shown promising results.

If you are experiencing a lot of distress trying to deal with NoMophobia, remember that you do not need to go through it alone. Enlist the help of trusted family members/ friends and come up with a plan. Having someone to confide in and provide you with emotional support can make all the difference.

Our technology ridden 21st century lives have become very draining physically and mentally. In a year riddled by the pandemic, mental health crises have only gone up. People spent a big chunk of their time glued to various devices – for work and  recreation. As the world begins to ease back to normal, the effect of mobile phone addiction and attendant Nomophobia will become manifest in the months to come. It remains for us to be on the lookout for timely diagnoses and management. Only the united effort of society can help salvage our collective mental health.

As health experts warn, mental health crises will be the next pandemic. And as this one has taught us, it’s never too early to start preparing for one.

Hi I'm Shreya. I am a doctor, keenly interested in literature, culture, history and travel. Say hi at https://medium.com/@shreyaamishra07