How much screen time is healthy for a teenager? 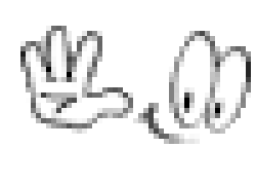 Regular Covid work-from-home day. I went to my 16-year-old son’s room to check on him during school hours. On my way I peeked into his 15-year-old sister’s room too. She looked up from her computer screen but I could see her hand covering her iPad. I didn’t want to create a scene so I walked on. The son, I could sense, had multiple tabs open. Gesturing that we needed to talk, I got back to my set of gadgets: my office in this new work from home arrangement.

I think a lot of parents can relate to this new reality. And the concern –“How much screen time is healthy for a teenager?”

Before Covid we weren’t so glued to our gadgets, but this could be the new normal for a while. Now we are spending a lot of our time on gadgets for everything.

This dependence on gadgets – be it for our work or for education – got me thinking. How much time are children actually spending on gadgets? According to American Academy of Child & Adolescent Psychiatry, as of February 2020, teenagers were using screens for up to 9 hours a day. That was before the Pandemic even started!

A 2019 report by Common Sense Media, a US-based non-profit organisation, says tweens and teens are increasingly using gadgets for entertainment as well as information. Vicky Rideout, co-author of the report, told CNN that using media offers both risks and opportunities for kids. “It gives young people the chance to look for resources on information that they’re grappling with and to use apps that help them meditate or sleep, to connect to peers who might be going through similar challenges that they’re going through, to offer support to other people,” Rideout said.

Let’s first look at the risks involved. The obvious risks for our children venturing into the cyberspace on their own are: videos inspiring unsafe behaviour, substance abuse, cyberbullying, pornography, and misleading information. A mom went online as an 11-year-old girl as a part of a project by Bark which alerts parents and schools if children are being cyberbullied, threatened, or are suffering from depression. She found that online grooming of children is a real threat. Sexual predators target young children online. The Bark experiment was meant to alert parents to how children can be targeted and abused online. So, teenagers need to be educated about the risks involved in talking to complete strangers and it should be discouraged.

Children can also become socially more isolated from their friends because digital content is                   becoming more and more individualised. Then, there are long-term risks like low well-being, poor emotional stability, and lesser curiosity.

Something I noticed in my children during this pandemic was growing reluctance for human interaction. When the lockdown was lifted and a cousin wanted to drop in, my children almost had a meltdown. After months of being trapped at home with me, I thought they would be happy to meet someone else. But, no, they were almost resentful and after much prodding, my daughter admitted they were concerned what they will talk about. “Nothing happens, what will we say?” she lamented. So, remaining glued to their screen has forced our children to first accept and then begin to enjoy the world the screen has offered to them.

However, all screen time isn’t bad, especially now, when Covid has forced us to turn to our gadgets for everything, our movement restricted as it is. Computers are used for homework, tuitions, online classes. A CNN report quotes psychology professor, Iowa State University, Douglas Gentile as saying that teenagers are spending so much time on screen media that it leaves “little time to do anything else of value”. But some experts also argue that “more screen time” may also mean that teenagers are multitasking. They may be doing their homework and listening to music, both online.

Where does this leave us parents? How do we track our kids’ screen time, and how much should we dole out? How do we decide how much screen time is healthy for a teenager? There are no hard numbers on that, but we do have some direction.  The American Academy of Paediatrics says the screen time should not be at the expense of other activity, such as, homework, sports, and sleep. It suggests that parents should add up the time spent on these activities and allow teenagers the remaining hours for their screen time. But this only confuses a parent like me. What if my children start skipping school work just so they get more screen time?  While the jury is out on this one, I came across an article in Psychology Today which quotes a research by Andrew Przybylski, a psychologist at the University of Oxford, England, as concluding that children who spent an hour every day on digital games were far happier than those who did not play such games or spent three hours or more on them on a daily basis.

So that’s one hour on digital games. I am guessing that we can include another hour that can be dedicated to social media. That’s two hours of screen time per day. And this does not include the time taken for homework or projects. Since we are dealing with teenagers, I don’t think they have more time to spare if the pre-condition of getting screen time is their school work.

While I tear my hair out at how vulnerable I feel as the mother of two teenagers, I have pushed these fears to the back of my mind and set some ground rules. Here’s what you can do, too:

When to allow gadgets could be after they’ve finished school work or prepared for the test the next day. Gadgets right before going off to sleep or right after waking up should also be a definite no-no. After a few hits and misses myself, I came up with the idea of charging all gadgets in my room at the end of the day– this ensures that cheeky teenagers aren’t sneaking their gadgets back to their rooms once the lights are off. For children averse to physical exercise, screen time could be used as a reward. Ride your bicycle for half an hour and get your iPad for the same duration, or whatever works for your child.

How screen time is being used is also very important. For instance, using it to click photos or learn a new skill should definitely be encouraged vis-à-vis watching funny videos or playing a violent digital game.  Also adopting healthy practices  - especially for our eyes – as explained in this article – would reduce the harm such devices could do.

Encourage children to make friends, and I don’t mean online ones here. If they have friends in their neighbourhood, those interactions will reduce screen time or at least, help them balance their activities and screen time better.

Practice what you preach

Try telling teenagers to put away their gadgets while you scroll through your Twitter feed, and I can promise you a revolt at home. If you lead by example, your teenagers will follow suit.

If all else fails, turn to technology

There is a plethora of mobile applications to monitor screen time. Personally, I wouldn’t want to use an app to monitor my children. But, if it works for you, here’s a list of apps to help you out.

Limit the number of gadgets

With the above steps, I seem to finally have some semblance of control now.

But the bigcatch is how you arrive at such agreement from a potentially rebellious teenager - two in my case. Instead of making these rules into a “top-down” dictat, sit your teens down and have a chat with them. Ask them if they think their current screen usage time is healthy. You may be surprised at the answers.

If you can agree on the rules with the teens – even if it means some concessions here and there - that will be much more likely to work. It is human nature that we dislike stern authority and draconian commands. For teens, it’s even more true.

Ms. Sinha is a journalist who lives in Gurugram with her two teenage children. In her free time, she paints, writes, and reads psychological thrillers (not necessarily in that order).