How to reduce social media use – 12 simple proven steps 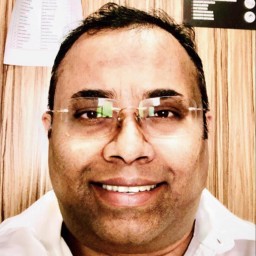 The world is hooked on to social media : the average person spends about 145 minutes on social media every day. Cumulatively, social media users the world over spend a total of 3.7 trillion hours on social media in 2021 – equivalent to more than 420 million years of combined human existence. 42% of the total population in the world (3.2 billion) are active social media users (as of 2018), mostly on the mobile phone. A staggering 210 million people suffer from internet and social media addictions worldwide. So what exactly is the nature of this addiction ? Makes you wonder how to reduce Social Media use, right?

As per a 2012 Harvard study, sharing personal information on social media taps into the “reward” section of the brain, generally tapped when taking an addictive substance. Social media addiction can be gauged from the following pointers viz.,

iv) Young, single females are addicted to social media more than any other group

Surely, the figures above look alarming. As if this wasn’t enough, a 2019 Michigan State University study found social media use can negatively impact our decision-making.

Considering, social media addiction is global and widespread, it’s time we dealt with it more objectively to save ourselves, our well-being and future.

Social scientists and subject matter experts, have shared lots of knowledge and insight. If you struggle with how to reduce social media use, this list of 12 proven steps could change your life.

Turn Off All app-based Notifications

Notifications from apps are often the single biggest source of distraction in people’s day-to-day lives. So, subdue your Fear of Missing Out (FOMO) and turn off all app-based notifications. Also its best to say no to all notifications of new apps one may subscribe to. This can help you ignore distractions and  focus on your work at hand, or your leisure.

Our mobile phones often turn into a junkyard of apps rarely / never used. If you haven’t used an app for quite a while, take  it off your device. That will nip the notification and the temptation to scroll. It will curtail any unintended usage. If you are in dire need, you can always check back on a PC / laptop. Using the Freedom app to block websites for the deleted apps can come handy if you want to be in absolute control.

Rationing time for use of social media or mobile device can go a long way in cutting down our levels of addiction. So, its best to set a timer when you start to use social media say one hour in a day (or seven hours in a week) and be absolutely resolute in not adding extra time once the timer goes off.

Many of us have the odd habit of sleeping with our devices in bed / close by which may lead us to checking social media before sleeping or in the middle of the night. This is unhealthy.  Experts advise keeping digital devices away for at least one hour before sleep to allow your nerves to soothe.

Remove your phone from your morning routine

Surveys done in India have found that 84 per cent of those surveyed check their phones within first 15 minutes of waking up. To nip such practices, keep your mobile phone for charging in a hard to access place and reach for it only once you are  through with your  morning chores. Pick up your phone when you are and settling down for the morning / starting work.

Daily limits on each app ensures your total phone usage is monitored and controlled: Most of us are well aware which social media sites we access most and the best way forward can be setting timers for such app access. You may hive off one hour as social “Happy Hour” for accessing apps and social media. If this seems cumbersome, another way to do it seamlessly can be using certain apps and tools which does the tracking for us eg., Moment which tracks one’s cell phone behaviours and RescueTime which tracks computer usage.

Get A New Hobby

While making efforts to cut down on social media addiction, it’s important that you engage yourself in some meaningful hobby. Nature abhors vacuum so focusing on some useful hobby can help get over the addiction with that much ease. It can be a new skill or something you always wanted to do : eg., learning calligraphy or a new musical instrument or anything that may take you away from social media

Have one family meal without phones

As you seek to realign and reorient your life away from the lure of social media, it can be a welcome change to refocus on your family. And what better way to connect and re-engage with all members of the family than over a family meal ? At least one meal in the day can be with full family  sans any devices on the table or within accessible distance.

Check In With Friends and Family

In sync with the last point is the need to reconnect and re-engage with family and friends. Its more fulfilling and satisfying to engage in a tete-a-tete with one’s extended family and also close friends. The ease of unwinding and bouncing back from the monotony of one’s daily life can be stronger in this fashion as compared to any dope of social media or digital devices.

Make it a Treat

Human psyche works in strange ways and for the habit you are trying to kick, if you get rewarded / incentivised, the kicking can be that much easier. For example, if you work an hour sans social media, give yourself a 15-minute reward break to do whatever you please. And, if you make it through your whole day social media-free, give yourself an hour of personal time in the evening as a reward / treat.

One tried and tested technique is changing the desktop colour settings of the phone to black and white.

Experts believe just like colours attract moths and other insects, humans too get attracted to the different coloured apps and stay hooked to their mobiles. Once it’s all grey pixelled, the attraction subsides. You can also specify this for certain times when you don’t want to use your phone using the.

It’s a useful practice to go through your social media contact lists and remove all alleged “friends” who doesn’t mean much to you in real life. These people probably don’t add positive value to your life and often trigger you into unnecessary conversations in social media. Just hit the “delete,” “unfriend,” or “unfollow” button to help your long-term health and well-being. Though one may not interact / engage much with such contacts, but their posts may be spamming one’s mobile and filling up the memory. To avoid getting into any unwanted interaction which doesn’t add value, trimming friend lists can be a great way to go.

Before firing off an angry reply to the social media post that’s left you seething, best to heed the advice to “follow and engage with care.” Negative influencers and stress triggers (read: Internet trolls) lurking in social media feeds can actually take a toll on one’s mental health. Consideration about one’s physical environment, how one surrounds oneself with the people and things that one loves and cares for, should also apply to one’s social media space.

If you're interacting less with people in real life and spending more time on social media, you may want to reassess your priorities by taking a break or a holiday from social media. You can decide how long it's going to be, inform your friends online how long you'll be away and how you can be reached if they need you in person, and delete your apps. If you normally spend at least two hours on social media per day, you will have an extra fourteen hours per week which are totally free to do whatever you want with.

Sometimes, a physical break from your everyday life and also your phone is needed to make a drastic change. The Himalayan Digital Detox hosted by the founders of this website is the only such detox offered in India. During your one week stay in the Himalayas, you are completely off your screens. You analyse your social media needs, understand how you use your phone, and how it might be abusing you. You create a personalized plan and firmly limit how much social media you will engage and why. Finally you reprogram your phone to achieve all this. While doing all this, you are also doing a ton of offline activities like baking, cycling, music, barbeques, writing, and much more.

All the tips mentioned above are steps towards a digital detox. You may not know how much more time you have for yourself in the day, and how much it frees up your mind till you remove social media from your daily routine.

In his seminal essay “On the Shortness of Life” Seneca writes: It’s not that we have a short time to live, but that we waste a lot of it. Two millennia since Seneca’s time, we still waste our time - now hooked to social media. Follow some of the recommendations listed above, to kick the device habit and make our lives meaningful and worthwhile away from the clutches of social media addiction!

A construction professional, author, lecturer, seeker and hobbyist, Devamalya De (Dev) is a published co-author for the Amazon.com bestseller Living a Wealthy Life. He has published articles in various Indian web media and maintains twelve Facebook pages in different genre including short stories and diary snippets.