Nomophobia is the fear of what? 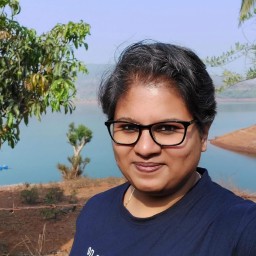 Yesterday, I said to a friend, “You should get Where’s my phone? tattooed on your forehead,” as she hunted for her long-suffering phone the fifth time that hour. Is it on the bed? No. On the table? No. “WHERE’S MY PHONE?!”

I sighed as I realized she was probably more than just addicted to her phone. She was truly afraid of losing her mobile device. Of not being connected. Of not checking her notifications.

But she’s not alone. An alarming number of people seem to have an irrational fear of being away from a mobile device and, thus, out of mobile contact.

They even have a cute name for it, Nomophobia—the No Mobile phone Phobia.

I don’t have Nomophobia, do I?

Now, you've heard that Nomophobia is the fear of losing your phone. But there's more to it. Let’s do an experiment. Close your eyes and imagine your phone chirping with an Instagram or WhatsApp notification. How does that make you feel? Be honest.

I would rush to check the notification immediately! Go FOMO!

FOMO—or the Fear Of Missing Out—rules how we want to stay connected these days. Every ping of a mobile notification or every “like” releases dopamine—happy chemicals—into our brain. in fact, this Harvard article explains in depth how Mobile phone apps harness Dopamine. This chemical make us feel like we’re being rewarded. It makes us feel good.

No wonder then that people cling to phones for a momentary high when the world seems bleak otherwise. No one wants to be alone and isolated. This is especially true in a post-COVID world. Social distancing over the past year has caused people to turn to their phones to seek a sense of belonging and identity. The mobile phone always seems to be the answer.

So it seems we’re all a little bit addicted to our mobile phones.

Nomophobia goes some way beyond that.

So who has Nomophobia?

Nomophobia is the fear of ....what?  Imagine this…

Do these sentences make you uncomfortable or stressed? So much so that you cannot think of anything else but your phone?

Does it get to the point that you experience physical symptoms such as anxiety, sweating, and difficulty breathing?

But is it serious?

Experts are still debating whether Nomophobia is an addiction, anxiety, phobia, or all of the above. But they agree that it has serious physical and psychological consequences.

For example, Nomophobia may aggravate mental health disorders such as obsessive-compulsive personality disorder and social interaction anxiety. These can again intensify self-esteem issues, loneliness, and unhappiness.

As an extreme example, imagine someone cutting off your arm! The brain of a person with Nomophobia may react to phone separation as if a part of their body has been amputated. Or they may falsely imagine a phone vibrating even if it is far away.

Compulsive smartphone use can thus affect the brain “in a manner similar to snorting a line of cocaine.” Serious cases may present symptoms very like those associated with drug addiction. So, smartphones may be the new cocaine.

And like drug addiction, Nomophobia does a number on relationships—the original reason to remain connected. People with Nomophobia may be physically present but mentally absent from everyday life. If you are always on the phone while with your family, friends, customers, or god forbid your boss, it may be tough to maintain good relationships … or even remain employed.

The highest risk of Nomophobia lies with the usual suspects—young people and students.

Since the brains of adolescents are still forming, they are the most in danger of addiction and substance abuse. So the fear of losing their phone - nomophobia - is very high amongst them. Today, it is impossible to remove smartphones from their daily lives. Especially after COVID, mobile devices have become an essential school supply.

This requirement to work and study on the phone makes it easy to become addicted, which can lead to Nomophobia. And Nomophobia has been known to affect grades and concentration.

There are other groups at risk as well.

Women are more affected than their male counterparts, although there doesn’t seem to be a consensus on why. Still, women are more afraid of not being connected and losing the comfort offered by mobile phones. The elderly are also on the way to joining the ranks with an increasing amount of phone addiction.

Finally, those who already have psychological issues such as depression and anxiety are at high risk. They may feel more secure and in control when close to their phones. This dependence is motivated by the need to “escape their past or current reality.”

Moral panic or a real phobia?

Nomophobia and related disorders such as smartphone addiction and Selfitis (the compulsive need to take and post selfies) are counted as genuine disorders now. But many wish to dismiss them as simply moral panics.

A moral panic occurs whenever an older generation considers new subcultures, ideas, or changes as a social problem.

One critic argues that it is natural to want to check your phone periodically. Or to leave home with a fully charged phone and panic a little bit if you are running low on battery or data. That doesn’t mean you are addicted or Nomophobic.

Another study calls Nomophobia a moral panic reaction to young people, especially women, finally exerting their freedom and doing whatever they want on the Internet.

They are not wrong.

Some moral panic does exist in classifying technology-related phobias, especially Nomophobia, as disorders.

Just because people use mobile phones for long periods does not mean they are pathologically dependent on them. Mobile devices have become a need in our personal and professional lives. We cannot cry wolf at everybody who uses their phone often and panics mildly if they lose it.

Nomophobia occurs only when use becomes abuse. When people’s emotional and behavioural changes affect their normal lives. When they are willing to do anything to check one more notification. Send one more text. Like a crackhead looking for one more hit.

Although Nomophobia is increasing, especially in young people, we must be cautious about labelling someone as Nomophobic. Nomophobia is not simply the normal reaction to losing your property—it is akin to substance addiction.

One expert proposed the following criteria:

If you check all the items on this list, then it is a warning bell. It may be time for an intervention.

Nomophobia does not have to be a lifelong condition. It can be treated through psychological therapy and lifestyle changes. The first step is to recognize the signs and accept that you might have Nomophobia.

Mads Sukalikar is a writer, editor, poet, and daydreamer. Mads discovered writing at the age of ten when her baby sister insisted on a story featuring her princess doll and an alien plushy toy. She has been hooked on storytelling ever since. Mads has written screenplays and articles, published a book of short stories, and is working on a novel.