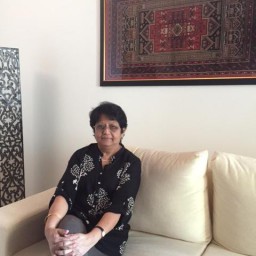 Is Social Media good or bad for students? The answer to this is not all Black and White. Let's first look at the numbers from Pew Research Centre and Common Sense Media. The data shows some alarming trends.

· 77% of parents say their devices distract their teens. Children don't pay attention when their parents are talking to them.

It reminds me of a quote by William Shakespeare when he said,

"Nothing is good or bad, but our thinking makes it so."

In the case of social media, it is not just how students think about it but also how they use it.

Sean Parker was the founding President of Facebook. In an interview, he talked about the thought process that went into building media applications. The platforms are built to exploit the vulnerability of human physiology and brain function.

Students fall prey to the social-validation feedback loop. They get trapped and addicted to social media.

Is Social Media good or bad for students? The Good, Bad and Evil.

Brene Brown, in her latest book Braving the Wilderness, describes social media. She says, "I've come to the conclusion that the way we engage with social media is like fire. You can use them to keep yourself warm and nourished, or you can burn down the barn."

The metaphor used by Ms Brown is fitting. It describes the love-hate relationship that people have with social media.

There is evidence to support the good, bad, and evil of students' social media usage.

· Students get information by joining learning groups on social media. It contributes significantly to effective learning and lesson achievement. Collaborative learning and communication with the teachers also improve.

· Use of YouTube to watch educational videos help students to gain broader knowledge.

· Social Media provides opportunities for students Reading, Writing and Critical Thinking Skills. They can use blogs, research papers and other similar material available on social media.

· All schools and colleges have an active digital presence. It helps students learn more as prospective candidates. It helps them get admissions to their dream school/college.

· International students away from their countries for education use social media. It helps to stay connected with their families and friends back home. Additionally, it helps to reduce their stress and feel less homesick.

· Students are addicted to social media. This addiction prevents them from engaging with people in the real world. They are incapable of dealing with people face to face. They fail to understand people's body language and emotions.

· Tools like Instagram and Facebook are time-consuming. Students squander their learning time on these apps. If their followers don't like what they have posted, they get hurt. It takes a toll on their emotional well-being.

· Internet has created a distracted generation. The attention span of students has narrowed.

· Constantly comparing oneself to other friends and connections on social media. Such comparisons cause discomfort and low self-esteem.

· Students connect with strangers without verifying the pros and cons. Such cases have been on the rise. Bullying is no longer limited to physical attacks. Foul language is used to bully kids. A news article in Hindustan Times on 17th August 2020 is an example of such acts.

· Cyber-Predators cultivate a relationship with children online and then abduct them.

· Studies from Pew Research Centre suggest, majority of teens are a target of cyber-bullying.

. Gaming addiction is the compulsive use of video games. Students spending too much time on games suffer from learning disabilities. It causes concentration problems. This leads to poor academic performance.

What is Productive Vs unproductive social media behaviour in students?

Productive social media behaviour by students depends upon how they use it. They can establish beneficial connections for their academic and career goal. YouTube Videos can help them on any topic they may choose to follow. Students can research, brainstorm and exchange their ideas with teachers and subject experts.

But the flip side is that social media has become a cause of distraction. Students use it for meaningless chats or watching video games. It leads to unproductive social media behaviour.

Social media causes procrastination because of its distracting nature.

Social Media distraction makes it hard to think or concentrate on the task at hand. Excess time spent scrolling through Social Media is detrimental to the learning process.

Social Media does not hurt grades. Lack of prioritizing and poor time management by students is what hurts grades.

At a very early age, kids get introduced to social networking sites and video games. They get addicted to social media platforms. This results in lower grades because they grapple with self-regulation. They neglect academic activities.

Teachers worry about students' writing skills. Students use texting and instant messaging "lingo" in their schoolwork. It harms their writing skills and can lead to lower grades.

According to a UTS Study, the performance of high achieving students is not affected by the amount of time they spend on Facebook. They can juggle their time effectively between social media and academic activities.

When students with lower academic performance use Facebook, it replaces their study time. This causes further distraction. They grapple with self-regulation and focus, resulting in lower grades.

An overdose of technology interactions has hacked student's academic performance.

Social media use by students is like one coin, two sides. Research shows that if used by students in moderation, it can academically prove beneficial. Social Media provides educational e-learning opportunities to students for academic collaboration.

The other side of the same coin highlights the dangers of excessive use. Students get influenced by their peer groups. Sometimes they are influenced by peers to bully, use drugs and alcohol. Bullying includes calling names or spreading lies. Occasionally it takes an aggressive turn when they engage in stabbing each other and shaming them online. This can impact the student's mental health and well-being.

Virtual peer pressure can ruin student's lives. Students use social media sites to post their pictures. They project an image of the "ideal self". This virtual identity is created to get more likes and shares. This can also, at times, lead to feelings of jealousy and resentment towards each other. FOMO is the result of jealousy and envy. Wikipedia defines FOMO as social anxiety. It stems from the belief that others might be having fun while the person experiencing the anxiety is not present. FOMO can be addictive. Students get compelled to continuously stay updated on what others in their group are doing.

An article published in APA suggests pitfalls due to intense academic pressure and the pressure to keep up with peers. The consequences of FOMO can be severe. Students' ability to function effectively deteriorate.

Students sometimes reject fellow students and create hate groups against them. Such kind of bullying is more dangerous. It haunts the victims for the rest of their life. Moreover, such things can impact their mental health.

Not all students are technologically inclined. Some may struggle with the use of Social Media Platforms. The problem gets compounded if the parents are not tech-savvy. Such students experience a feeling of inadequacy and helplessness.

Study shows that "likes" on social media activates the same circuits in the teenage brain triggered by winning money.

What do students say? Is Social Media a Curse or a Boon?

While I was writing this post, I decided to talk to students in my family and friend circle to understand their thoughts on the use of social media.

Almost all of them agreed that they use social networks frequently. They spend 2-3 hours on these platforms and sometimes even more.

Jyoti, a student of DPS in Delhi, had the following to say," On one hand, Social Media is beneficial to better express myself. I can make friends with those that share the same interests as me. Discover new things every day! But I find myself getting too sucked into Instagram and Snapchat. I then uninstall them, focus more on academics, draw, and try to get back in alignment with myself. This especially during the pandemic. I do ask my friends for schoolwork sometimes. For study purpose, social media isn't beneficial. YouTube, on the other hand, is a lifesaver for studies. If used in moderation, social media can be a fun platform to chat and connect. But when it starts to take over your life, it's good to step away from it and take a pause."

Karthik, my neighbour's son, was bullied on Facebook. His college classmates wrote all kinds of things about him on their walls. Karthik is brilliant in academics, and the boys were jealous of his success. It affected his self-esteem. It was traumatic for Karthik, and he had to seek counselling. He blocked his classmates on his Facebook, but the bullying continued offline. He refused to attend college.

Yes, social media does redefine a student's attitude. Spending too much time on social media leads to an increased feeling of loneliness. It reduces self-esteem, leads to insecurities and a sense of social isolation. This, in turn, develops antisocial behaviour.

Constant comparison with peers develops a feeling of not being good enough. This gets compounded when they see images of their friends having perfect lives.

Dr Contributor's article in HuffPost talks about an incident involving a student attending a dinner party. The student's behaviour is an excellent example of how people treat each other and how social media contributes to developing antisocial attitudes. He was constantly engaged with the phone and was unmindful to the discussion at the table. He never realized that he was being disrespectful.

Yes, Social Media can ruin a student's life. It can destroy life if its usage is not controlled.

Social Media addiction is a global problem. Statistics for 2021 report more than 210 million people suffer from social media addiction. Teens who spend 5 hours a day on the phone are more likely to get depressive symptoms.

Social media can be a landmine for students with threats ranging from cyberbullying to FOMO and offensive language. According to cyberbullying statistics,32% of teens say they have been targets of menacing activities online. 20% of the teens say, "people are mostly unkind on social networks".

According to suicide reports,10% of the teens have either attempted or committed suicide due to cyberbullying.

Since most students are communicating on social media, many of them lack face to face interaction and communication skills. This can become a problem in their professional life.

According to the marketing insider group, social media distraction shortens the attention span from 12 secs to 8 secs. This impacts students' performance in school.

What seemed like harmless fun is no longer so. Now there is proof it can ruin lives if not moderately controlled.

The Responsibility of Parents on Media Literacy.

The dangers of social media are endless. Kids today are phone obsessed. With threats reaching from cyberbullying to online predators, students are at risk. Thus, it is crucial to teach children how to use social media sensibly.

Media education of children and adolescents cannot be outsourced to teachers and schools. Tim Verbist mentioned this in his article "Media Literacy in Europe". Parents must take an active part and be good role models for children.

"We don't have a choice on whether we do social media, the question is how well we do it." By Erik Qualman

We cannot ignore or dismiss the technology. But we can certainly prevent students from getting enslaved by social networks. As with everything else in life, moderation is a key to this serious issue.

Shubha is a Certified Executive & CEO Coach. Being passionate about coaching, Shubha helps corporate leaders, Women Leaders and individuals in their journey towards being successful. In her free time Shubha loves Reading, Writing, Painting, Gardening, and mastering her sketching skills.