Who makes our smartphone addictive? And why? 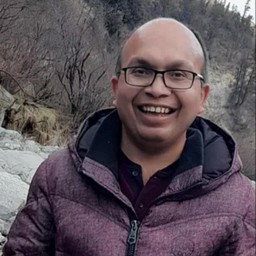 Is your smartphone addictive? A recent study by Vivo in eight Indian cities proves this. 84% smartphone users check their phones within 15 minutes of waking up. 46% people pick up the phone at least five times in an hour-long conversation. 70% of Indians feel that increasing addictive smartphone usage – which is on the rise - will impact their mental or physical health.

Experts put smartphone addiction at par with substance addiction based on its effects. Researchers from a college of Pharmacy in Tamilnadu recently conducted a study on this subject. They found that smartphone addiction may lead to physical and mental health issues. The issues may involve headache, irritation, anger, lack of concentration, insomnia, neck pain and eye strain. Whole new diseases have emerged, like ‘snapchat dysmorphia’. People suffering from this crave for plastic surgery to look more like their filtered digital images.

Is it a mere coincidence that so many of us are getting addicted to our smartphones these days? Yes, it is true that most of our work and social relationships are now online. But does that really require our minds to be so obsessed with our smartphones?

Or is there something in the design of our smartphones as well? May be the apps that we use on our phones are designed to make us addicted? If yes, exactly how and why?

THE CRAZE OF HABIT-FORMING PRODUCTS

Many believe that the story of making habit-forming products started in September 2007. That’s when the Persuasive Technology Lab at Stanford University, USA held its first class. In that, the instructor BJ Fogg, a behaviour scientist, taught his ‘Fogg Behavioural Model’ to 75 students. These students later went on to become stewards of Silicon Valley in California. Fogg’s model follows a simple yet powerful equation B=MAP. In other words, ‘Behavior (B) happens when Motivation (M), Ability (A), and a Prompt (P) come together at the same moment’. Infamously, that class is now known as ‘The Facebook Class’. In the interest of political correctness, the name of ‘Persuasive Technology Lab’ has been changed to ‘Behavior Design Lab’. But the damage is already done.

Since 2007, many new models have now come up over and above the ‘Fogg Behavioral Model’. Nir Eyal’s  model is another example, and has four steps: trigger, action, variable reward, and investment. Nir Eyal explains these in his book  ‘Hooked: How to Build Habit-Forming Products’ – required reading in every tech company. He claims that habit-forming apps link their services to their users’ daily routines and emotions. Doing so saves them from having to go for expensive marketing. He observes that human beings are motivated to seek pleasure and avoid pain. Thus, the ultimate goal of a habit-forming product is to solve their users’ pain. In the process, the product creates an association with the users, making them identify with it as the source of relief.

Hooked by NirEyal : part of the problem (Photo by Clayton Robbins on Unsplash)

Nir Eyal recently wrote another book titled “Indistractable – How to control your attention and choose your life” but it felt like an atonement for his past sins. A defensive justification of sorts for “Hooked”. But like in the case of the Stanford Persuasive Tech labs, the damage had already been done.

There are three more models that developers use to come up with habit forming products. These are 'attention extraction model', 'variable ratio rewards schedule' and 'positive intermittent reinforcement'. Remember push notifications, like button, auto-play, streaks and infinite scroll on your apps? They are the direct outcomes of these models.

Okay, so companies intentionally develop such habit-forming products. But why? If smartphone addiction is a trap, who benefits from this? And how? This question both has easy as well as complicated answers. Let’s start with the easy-to-guess possibilities.

Most technology companies do not ask us to pay for their products. They earn their revenue from advertisements. With such a business model, they are bound to develop habit-forming products. The target is to make us consume as many ads as possible.

According to statista.com, Facebook generated 97.9 percent ($84.2 billion) of its global revenue from advertising in 2020. The company generated only about two percent through payments and other fees revenue.

Not only are tech giants like Google and Facebook grabbing most of their revenue from advertising. This model has become a favourite of tech start-ups too. Take the case of the Yoda app. In an article on yourstory.com, Amit Mishra, the co-founder of this one-year-old app, shares that they are not monetising at the moment. For next 12 months, the team's focus is on creating a habit-forming product. The founders are currently willing to achieve a critical mass on the app, after which they plan to run ads.

Thus, technology companies have a clear incentive to trap us to maximize their profits. Especially when these companies are not charging us for their products or services.

There are scary implications of habit-forming apps on our smartphones. Consider the loss of our privacy, the manipulation of our behaviours and even the undermining of our very democracy. Welcome to the age of Surveillance Capitalism!

Wikipedia's defines Surveillance Capitalism as 'An economic system centred around the commodification of personal data with the core purpose of profit-making'. In other words, such an economic system considers user’s data as a product, and sells it in the markets to make profit.

A widely acclaimed book published in 2019 describes this phenomenon in more depth. ‘The Age of Surveillance Capitalism: The Fight for a Human Future at the New Frontier of Power’. The author is Shoshana Zuboff, a social psychologist and a Harvard professor. She describes the manufacturing process of making prediction models out of raw human data. The process uses 'machine intelligence' to anticipate what we will do now, soon, and later. Surveillance Capitalism considers these prediction models as the new capitalist products. They are now traded in a new kind of marketplace that the author calls behavioural futures markets.

Alright, so our privacy is at stake, and there is a high possibility of entering into the trap of Surveillance Capitalism. But, how is it all connected to our democracy?

Pew Research Center in Washington DC, USA published a report in February 2020. The title is ‘Many Experts Say Digital Disruption Will Hurt Democracy’. In the report, as many as 480 international technology experts made statements. They stated that humans’ use of technology will weaken democracy between now and 2030. The reasons are: the reality distortion, the decline of journalism and the impact of surveillance capitalism.

Okay so profit-seeking companies want to trap us. Who else?

Could it be that our own governments want us to become addicted to our smartphones to keep a track of our daily activities? They want to snoop, and know where we are, whom we are talking with, what we are talking about, what we are doing? Of course, the governments need an ability to track its citizens for national, global and regional security reasons. But, would that lead to tracking; we cannot be sure. Yet it seems plausible that our governments would want us to keep our mobile phones in our pockets all the time. And that is more likely if we become addicted to our smartphones.

So, what do our governments actively do to make sure that we keep our phones with us all the time, thus allowing for the possibility of surveillance?

A) Governments provide mobile phone to the poor through welfare programs. One such scheme ‘Har hath main phone’ was launched by Indian Government in 2012.

B) Governments now prefer to provide their citizen services through mobile phones. They call it mobile-governance. Look at how most of our healthcare, education, banking, commercial services etc are now done. Yes, there are many benefits of this mode of governance; yet these benefits bring the possibility of surveillance with them.

C) Governments may choose to take advantage of the power to regulate mobile phone services. In 2018, Government of India made it mandatory for all smartphone makers to install Global Positional System (GPS). The Aarogya Setu app is another example. The Government of India required installation of the app on all smartphones. Researchers at MIT said the app collects more data than it requires for contact tracing. MIT downgraded the app’s rating from two to one out of five stars on these grounds.

D) Governments may also choose to take advantage of the data collected by private companies by forcing them to share data under new laws. Consider ‘Personal Data Protection Bill 2019’ tabled in the Indian Parliament. A Joint parliamentary committee (JPC) is presently analyzing the bill. According to Forbes India, the bill could be a serious threat to Indians’ privacy. It may give the government blanket powers to access citizens' data.

The last group interested in keeping us online are political parties. Smartphones have come as a huge blessing for them. After all, they now have tremendous ability to enter into our relationships and minds without much noise or investment. All they need to do is tap into the already existing network of voters glued to their smartphone screens. Political parties can do this either by creating their own apps, or by using social media platforms. They can easily manipulate the minds of voters by hiring social media experts and technology developers.

Take the case of Bhartiya Janta Party (BJP) in India for example. The party spent around Rs 20 crores on political ads only on Google platforms in 2019 national elections. Its main opponent party, Indian National Congress (INC), spent 500% less in the same category. ‘The Social Dilemma’ documentary by Jeff Orlowski takes this argument much further. It claims that ‘any country’ can now meddle in the elections with weapon of mass misinformation through social media platforms. At the Himalayan Digital Detox, we dive very deep into this and much more. This Detox is the only one of it's kind in India, and has helped many people cut their  social media usage by 50% or more.

So let's be wary and not trust benign looking apps blindly. In our other articles, we talk about various ways to cut screen time and reduce social media usage.

Ashish is the co-founder of Sahaj Foundation, Vasudhinity and The Vriksh. His is an expert at facilitating and designing out-of-the-box 'Re-thinking Development' workshops on topics like economics, technology, organizational management etc. He focuses within and learns from Buddhist masters. He practices Shamata and Vipassana based meditation techniques.

Ashish dreams of a renewed economic system where humans have an equitable, peaceful and harmonious existence with nature and all other species. When he is not lost into his pursuits, he can be found walking in nature with a relatively silent mind. He lives in the lap of Himalayas with his beautiful wife.